The sun will be a journey that humanity has never explored before. It will answer questions scientists have sought to uncover for more than six decades.”
Understanding the Sun has always been a top priority for space scientists. Studying how the Sun affects space and the space environment of planets is the field known as heliophysics. The field is not only vital to understanding Earth’s most important and life-sustaining star, it supports exploration in the solar system and beyond.
The spacecraft, about the size of a small car, will travel directly into the Sun's atmosphere about 4 million miles from the star's surface. The primary science goals for the mission are to trace how energy and heat move through the solar corona and to explore what accelerates the solar wind as well as solar energetic particles. The mission will revolutionize our understanding of the Sun, where changing conditions can spread out into the solar system, affecting Earth and other worlds.
To perform these unprecedented investigations, the spacecraft and instruments will be protected from the Sun’s heat by a 4.5-inch-thick carbon-composite shield, which will need to withstand temperatures outside the spacecraft that reach nearly 2,500 F. This state-of-the-art heat shield will keep the four instrument suites designed to study magnetic fields, plasma and energetic particles, and image the solar wind at room temperature.
The spacecraft speed is so fast, at its closest approach it will be going at approximately 430,000 mph. That's fast enough to get from Washington, D.C., to Tokyo in under a minute.
“Parker Solar Probe is, quite literally, the fastest, hottest — and, to me, coolest — mission under the Sun,” said project scientist Nicola Fox, of the Johns Hopkins Applied Physics Laboratory. “This incredible spacecraft is going to reveal so much about our star and how it works that we’ve not been able to understand.”
HONORING A SINCE LEDGEND
In May 2017, NASA renamed the spacecraft from the Solar Probe Plus to the Parker Solar Probe in honor of astrophysicist Eugene Parker. The announcement was made at a ceremony at the University of Chicago, where Parker serves as the S. Chandrasekhar Distinguished Service Professor Emeritus, Department of Astronomy and Astrophysics.
This was the first time NASA named a spacecraft for a living individual.

A good pen is a desire for a great performance and to hold one in your hand is an even amazing feeling.

Xiaomi has unveiled their product of MiJia line, the Mi Pen. It is a cute pen without any WiFi or Bluetooth modules and smart features. At first glance, it is an ordinary pen, but before its creation Xiaomi has conducted numerous experiments and tests, each detail and part of Mi Pen is designed for a reason, based on the most successful user experience.

The thickness of Mi Pen is 9.5 mm, such a diameter is considered to be the most optimal for the prolonged writing, and a pen of this size prevents the rapid fatigue of the hand. As for appearance, the Mi Pen is available in black or white color. The main body material of Xiaomi Pen is polycarbonate.

Inside the novelty there is a rod from the well-known Swiss company PREMEC, it is made of tungsten carbide and slides smoothly over the paper surface. The ink in the pen produced by the Japanese company Mikuni, they dry quickly, which prevents the occurrence of streaks and water stains on the paper. The pen is automatic; in order to open the rod, you just need to turn its top 120 degrees.
This Xiaomi Pen is a lifestyle product that adds richness to your work and brings you joy. With more technology and style being infused in time this is a great opportunity to get involved and stay ahead of time.

FIND A DIRECT LINK TO THE PEN ONLINE ==>

READING IS A GOOD HABIT

Reading is one of the most fundamental skills we need to learn to succeed in life. Developing good reading habits is vital for our future not just academically, but in everyday life as well. What can good reading habits do for us? Here are five reasons you should develop reading habits  young, and why they are so important.

READING DEVELOPS VOCABULARY
The more we read, the more new words will find their way into our vocabulary. Reading allows for exposure to words and phrases that you might not use as part of normal speech. “When you read aloud to your child, you are not only helping to prepare her to learn to read, you are also exposing her to rich language she otherwise might not hear.

READING INCREASES ATTENTION SPAN
Encouraging good reading habits from an early age develops your child’s attention span and allows them to focus better and for longer periods of time. Reading combats the epidemic of poor attention span in today’s children.

GOOD READING HABITS PREPARE CHILDREN FOR SCHOOL
People who spend a lot of time reading prior to attending school will have an easier time adapting to the reading-focused learning environment in their future classrooms.

DEVELOPING READING HABITS EARLY LEADS TO LIFE LONG LOVE FOR BOOKS
People who start reading regularly from an early age are more likely to enjoy reading later in life. This will serve them well throughout their education and beyond.

READING ENCOURAGES A THIRST FOR KNOWLEDGE
People with good reading habits learn more about the world around them, and develop an interest in other cultures. Reading leads to asking questions, and seeking answers, which means children learn more every day.


Encouraging good reading habits and modeling them as well sets up a parent as a role model for the love of reading.
Children develop motivation to read by being read to often, learning firsthand the pleasures that reading can bring.
at July 23, 2018 No comments:

Every single human being on the planet undertakes a series of journeys
throughout their life, people constantly have physical, imaginative and             inner journeys until the day they die. These journeys are the basis of             human experience in this world and are inevitable, as in every new             situation a journey starts. A journey changes people, as they imagine,             physically travel or begin to understand and get in touch with themselves             in an inner journey. People learn from journeys, become enlightened and             are forever changed, truly something to be relished, however the             outcomes are not always positive, self discovery can reveal darker sides             of peoples psychology.

We embark on a series of life improving journeys which inevitably lead them
into other journeys. It on the nature of travelers who want             to experience new environments to spiritually grow, it describes travel to             new places as a way in which people unconsciously desire to stimulate             an inner journey which inevitably follow physical travel, which would             leave them with a better understanding of the self and of the world.
It is said that 'a journey of a thousand miles begins with one step' or '
Explore when you have the time, then you'll have time when you explore', ' there
are goals and meaning in our journey -but it is the road, that makes
it worthwhile' and 'an end to a journey toward is
good - but it is the journey that matters, in the end'. A physical journey is not
only a movement from a location to another but a process of growth, an enhancement
of a person's being and the leader to experiences and challenges.
at July 01, 2018 No comments:

THE POWER OF FAILURE

There is a common misconception that failure is a bad thing. Many people who fail at something are often called losers, but if those people learn from their losses, they are actually winners. Failure teaches people that they are just like everybody else, and that success is gained from hard work and determination. When people fail at something important in their lives and decide to try again, they tend to regain their confidence and persist with great resilience. Many of the best lessons people learn in life come from the mistakes they have made and the knowledge they gained from their mistakes.

A good example of learning more from failure than success is found in sports. When people first begin playing a sport, they may not play very well. However, they learn and improve through experience. Very few athletes win all of their competitions, so there are failures in sports. When frequent winners lose, they may act childish and prove that they have learned nothing from their success. triving athletes often realize too late that they could have succeeded had they practiced more and worked together.

A fool, a fool! I met a fool i' the forest,
A motley fool! - a miserable world!
As I do live by food, I met a fool
Who laid him down and bask'd him in the sun
And rail'd on Lady Fortune in good terms,
In good set terms, and yet a motley fool.

It is our humour that takes us from a old slog thought to a good page where we live a little more. It is our pages that limits us to do more.

Think deep but believe in everything.

"No man is much good unless he believes in God and obeys his laws. So every scout should have a religion."

I am Old School... Takes us to the era when things were not flashy and took real hard hard to get job done. It is your vibe that will make you the person you want to become, one that says a lot about you, that definition which someone can speak about and the prayer that somebody will say to greet you.

We do a lot of activities that make our day and at the end what matters is results. But when we start living our life on a larger perspective that is when we find little things like our attitude, our emotions, our will deeply and define ourselves to become complete and connect us to our roots. 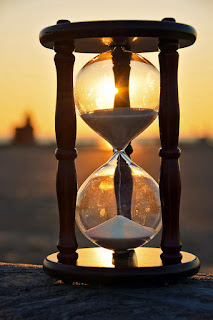 Vintage is the word to the age where only stone, wood, black and white existed and it the the time when the Golden age prevailed where people just worked for the living and spent most of time time lazing and making merry. It was the time of Gods! Wonder how the ideologies of people would be then.. There was only love and affection.

Today we are in a sort of a race, a hunger that is driven by prosperity. More is the new trend.

My attitude towards life is defined by my thoughts and my ides that I will put to work inorder to satisfy my hunger for more. My quotient of more can only be defined by the idea of who am I and who do I want to be. The best thing about life is that it does not asks to stop instead it gives me the pleasure of play. A fair game is all that will make you keep up with life and you will not get distracted and fall into the vulnerable situation of choice.

I like slow soft corner music more that the electronic music like it was in the 90's.

The old school love of trust and wait is to die for..

The sun will be a journey that humanity has never explored before. It will answer questions scientists have sought to uncover for more tha...

THE SUN IS ALSO A STAR- BOOK